What is WAGR Syndrome?

“WAGR” is an acronym for the primary features of the disorder

What are the Symptoms of WAGR Syndrome? 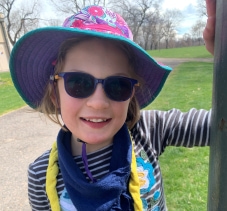 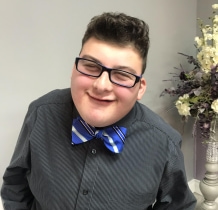 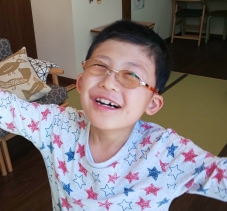 The first symptoms of WAGR syndrome are usually noticed shortly after a baby is born. Aniridia, an eye condition involving partial or near-complete absence of the iris, the colored part of the eye, is usually noticed in the newborn period. For infant boys, problems with the genitals are also usually obvious soon after birth. These symptoms typically lead to genetic testing, which reveals a segment of missing genes on Chromosome 11.

Other symptoms of WAGR syndrome may be diagnosed in early childhood, and some may develop later in life. These problems may affect the brain, the kidneys, the eyes, and many other body systems. Specific symptoms and conditions can vary greatly from one individual with WAGR syndrome to another.

Wilms tumor is a type of cancer of the kidney. It occurs in about half of individuals with WAGR syndrome. The tumor usually develops between the ages of 1 and 3 years. Most cases are detected by age 8, but in rare cases it has occurred later. Babies with WAGR syndrome should have ultrasounds of their abdomen at birth and then every 3 months until age 8 years. After age 8, monitoring for signs of Wilms tumor may be done by periodic ultrasound and by watching for symptoms such as swelling of the abdomen or blood in the urine.

Wilms tumor is often treated successfully. Treatment for Wilms tumor usually involves surgery to remove all or part of the kidney, chemotherapy, and sometimes radiation therapy.

Aniridia is an eye condition involving partial or near-complete absence of the iris, the colored part of the eye. Aniridia is almost always present in babies born with WAGR syndrome. Other eye problems are often present or can develop as the child grows older. These may include cataracts (clouding of the lens of the eye, nystagmus (rapid, involuntary movements of the eye), keratopathy (clouding of the cornea, the front part of the eye) or glaucoma (high pressure of the fluid in the eye). Vision is often fair in children with aniridia, but can be affected by these conditions.

Treatment of aniridia is focused on preserving vision. Drug therapies may be helpful for glaucoma or keratopathy. Surgery for cataracts should be avoided unless the cataract(s) block usable vision. Contact lenses can harm the cornea and, in most cases, should be avoided.

Genitourinary problems are often present in  babies born with WAGR syndrome. In boys, these may involve hypospadias (the urinary tract opening somewhere along the shaft of the penis rather than at the tip) or cryptorchidism (undescended testes). In girls, these problems may include underdeveloped (streak) ovaries, and malformations of the uterus, fallopian tubes or vagina. Streak ovaries are associated with gonadoblastoma, a rare type of cancer. In some individuals with WAGR syndrome, problems with genital development may make sexual assignment (male or female) unclear at birth.

Treatment for genitourinary problems involves regular examinations to detect abnormal development of the ovaries or testes. Surgery may be needed to remove abnormal gonads or improve urinary function. Females with streak ovaries should have periodic pelvic ultrasound or MRI to watch for development of gonadoblastoma.

Treatment for developmental delay involves Early Intervention Services, including physical, occupational therapy, and speech therapy. Infants with WAGR syndrome should be referred for these services soon after birth, if possible. Special Education services are also used to help children with WAGR syndrome to develop to their fullest potential.

What other Conditions are associated with WAGR Syndrome?

Other conditions that may be associated with WAGR syndrome have not been well-described. The purpose of the WAGR Syndrome Patient Registry is to improve diagnosis and treatment of these conditions.

How is WAGR Syndrome Diagnosed? 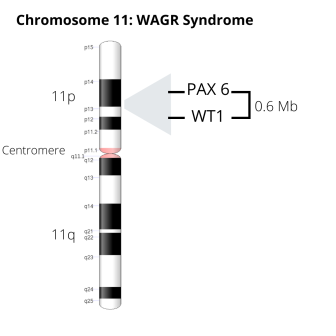 WAGR syndrome is usually not inherited. In most cases, it is a "de novo" or new genetic mutation in the individual who has the disorder. This type of genetic abnormality occurs by chance, when the egg or sperm are being formed, or during the very early stages of the baby’s development in the womb.

More rarely, the gene changes are inherited because one of the parents carries a rearrangement (called a translocation) between two chromosomes that can cause the loss of some genes when he or she has a baby.

A baby can also have a mixture of normal cells and cells that have the genetic changes of WAGR syndrome in his or her body. This is called mosaic WAGR syndrome.

Genetic testing can determine the type of genetic change that is present in the individual with WAGR syndrome.

Genetic counseling is helpful for determining whether there may be an increased risk of having another child with WAGR syndrome.

When a child is diagnosed with WAGR syndrome, parents are often concerned about the medical conditions associated with the disorder, particularly those that are potentially life-threatening. Many parents want to know if life expectancy is decreased for people with WAGR syndrome.

Longevity in WAGR syndrome has not been formally studied.  The  International WAGR Syndrome Association represents approximately 200 individuals with this disorder. The great majority of these individuals are children, teens, and young adults. There are some individuals in the group who are in their 30s, and several who are in their 40s and 50s. 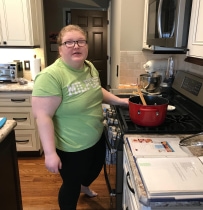 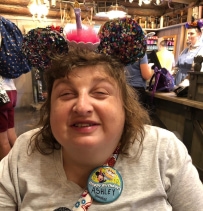 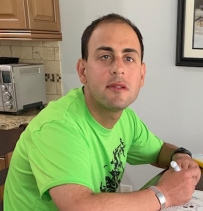 There are several possible reasons for what appears to be a lack of older adults with WAGR syndrome. First, effective treatment for Wilms tumor did not become available until the late 1970s. Individuals with WAGR syndrome who developed Wilms tumor before that time are unlikely to have survived past early childhood.

A second possible reason is that the term “WAGR syndrome” did not come into use until the mid 1980s. Before that time, the disorder was referred to by a variety of different names. These included “Aniridia-Wilms tumor syndrome,” “AGR syndrome,” or simply “Aniridia.”  It is possible that there are adults with WAGR syndrome who were originally given a diagnosis of one of these older terms, and that their parents/physicians are unaware of the change in terminology.

Finally, another factor to consider is the age of the parents of adults with WAGR syndrome. Older parents may be less likely than younger parents to go online looking for information about the disorder. In addition, until the disability rights movement of the 1970s-80s, societal attitudes surrounding disability were often negative and little support existed for parents and families. As a result, older parents may be less likely to seek out or join support organizations like the International WAGR Syndrome Association.

While life expectancy for people with WAGR syndrome is currently unknown, this much is certain: medical diagnosis and treatment of the conditions associated with WAGR syndrome have been steadily improving in recent decades. These improvements include:

Today, the outlook for individuals diagnosed with WAGR syndrome is brighter than ever before. And with continued research, their lives can be healthier and longer too. 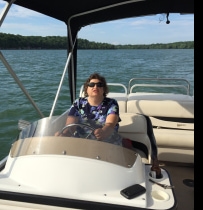 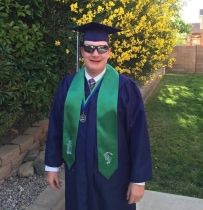 Managing healthcare for individuals with WAGR spectrum can be confusing and complicated. Now for the first time ever, there are evidence-based guidelines that provide specific recommendations for screening and diagnosis.