The “A” in WAGR syndrome stands for Aniridia

Aniridia is a rare and complex disorder but research is continuously providing new hope. With informed and support, patients and families can maximize the potential for a full and productive life.

"Managing Aniridia: Dos and Don'ts from Infancy to Adulthood"

Aniridia is a rare eye condition that involves partial or near-complete absence of the iris, the colored part of the eye.  Most people with Aniridia have some iris tissue, though it may be such a small amount that it can only be seen through an ophthalmoscope. Individuals with Aniridia have enlarged pupils, which causes their eyes to appear to be very dark.

In people with WAGR syndrome, Aniridia occurs as a result of a deletion of one copy of the gene called PAX6. This gene is located on the short (p) arm of Chromosome 11.  This type of Aniridia is usually not inherited. 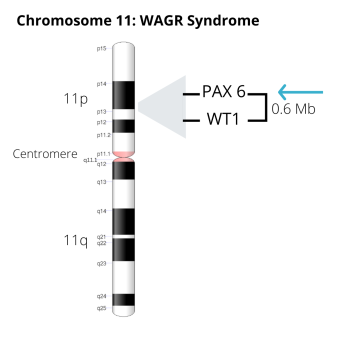 In about one third of cases, Aniridia is not inherited. This is called Sporadic or Isolated Aniridia.

In very rare cases, Aniridia can be the result of mutations in other genes, including ELP4, FOXC1, PITX2, PITX3, ITPR1, and others.

The impact of Aniridia on vision varies from one individual to another. Many people with Aniridia have functional vision. But Aniridia is associated with numerous other conditions in the eye, including glaucoma, cataracts, Aniridia-associated Keratopathy, and others. Some of these conditions can cause loss of vision, and some may result in blindness.

Aniridia is also associated with medical conditions in other parts of the body. These conditions are thought to be related to the effects of abnormalities in the PAX6 gene, and include problems with the brain, the pancreas, hearing, and sense of smell.

Increased pressure within the eye

People with Aniridia have a particularly high risk of developing glaucoma, and it may be challenging to treat. Regular testing for glaucoma should begin at birth.

Areas of clouding in the lens of the eye

Cataracts are often present at birth. Cataracts do not require surgical removal unless they interfere with usable vision.

Aniridia-associated Keratopathy (AAK) is also called “corneal pannus.” AAK often begins in childhood or adolescence but may not affect vision until adulthood. Early diagnosis and treatment may help to delay progression.

Nystagmus in a child with WAGR syndrome

Conditions beyond those in the eye may be present in a person with Aniridia. "Aniridia Syndrome" refers to increasing recognition among researchers and physicians that mutations in the PAX6 gene may affect multiple systems throughout the body.  It is important to remember that not all individuals with Aniridia will have or develop all of these conditions.

Many factors influence visual acuity in Aniridia. Visual acuity is the ability to discern shapes and details of the things you see.  In Aniridia, the absence of an iris causes a reduction in sharpness of vision, and also causes an increased sensitivity to light (photophobia). Other conditions of the eye that may be present at birth, such as nystagmus or cataracts, or conditions that occur after birth or later in life, such as glaucoma or Aniridia-associated keratopathy, may further reduce vision.

Some individuals with Aniridia are partially sighted or blind, while some have near normal vision. Most people with Aniridia fall somewhere in the middle. 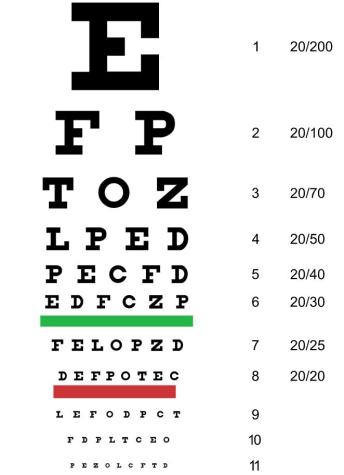 Contact lenses should be used with caution in individuals with Aniridia, as they may hasten the progression of Aniridia-associated Keratopathy (see Associated Conditions). 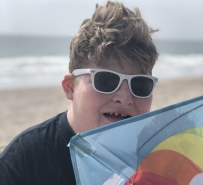 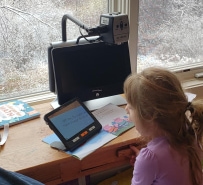 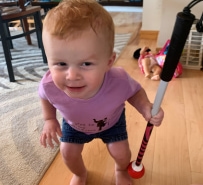 Outdoors, bright sunlight may be quite uncomfortable. Even on rainy or overcast days, glare from reflected sunlight may temporarily but significantly reduce vision. Sunglasses can be very helpful, even for very young children with Aniridia.

Many children and adults with Aniridia use devices to help them read, see, and move safely and independently. Examples of these devices include:

In some countries, a child's school may evaluate the need for and provide training in the use of low vision equipment. These services may also be provided through referral by an eye doctor.

Parents of typically-sighted children usually notice signs of vision in their infants between 2 weeks and 3 months of age. These signs include staring intently at faces, tracking moving faces or brightly colored objects with their eyes, and reaching for objects.

Infants with Aniridia should be seen soon after birth by an ophthalmologist (a medical doctor who specializes in care of the eye). Examinations are typically every 6 months in the early years of life but may be more frequent if there are signs of cataracts, glaucoma or other conditions that should be monitored closely.  The ophthalmologist may recommend an Exam Under Anesthesia for a young child with Aniridia. These exams usually involve brief, light sedation, and allow for a thorough assessment of the structures of the eye. 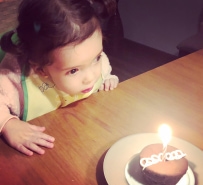 The International WAGR Syndrome Association is working to stimulate research on Aniridia.